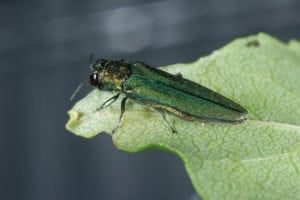 Trees act as a home to a variety of wildlife. While most are peaceful residents, there are some that do more harm than good. Certain bugs and insects can either suck, chew, or bore through specific trees – causing significant damage that can lead to the death of your tree. Fortunately, there are some precautionary measures that can be taken to eliminate bugs and insects from harming the trees on your property. Step one is to identify the type of bug or insect causing havoc to your tree.

Perhaps the most common insect threat in Wisconsin is the Emerald Ash Borer. They were first discovered throughout Wisconsin in 2008 and have since been confirmed to be found in all counties within the Southern half of the state. Emerald Ash Borers, also known as EAB, is a metallic green beetle that targets true ash trees and causes fatal damage. They bore into ash trees in order to feed on the tissues beneath the bark. As a result, the movement of nutrients and water within the tree suffers and leads to death. The remedy to effectively defeating the Emerald Ash Borer is preventive trunk injections performed every other year. Our certified arborists can identify an EAB infestation and the extent of the damage caused. 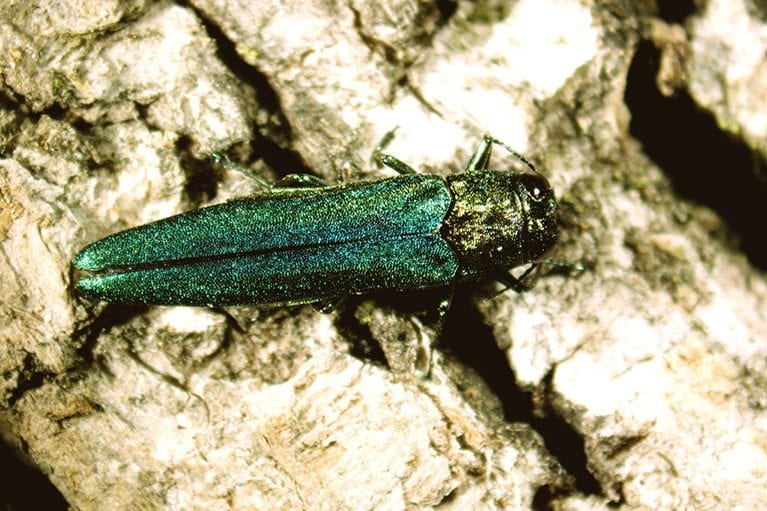 An insect with a very little fan base, the Japanese Beetle is an exotic insect with a green head and thorax and shiny copper-colored wings. They favor a variety of different types of stressed trees, including linden, birches, crabapples, elm, maple, and mountain ash trees. The Japanese beetle needs to be controlled due to the grub and adult stages can cause damage to trees, but adults cause the most visible damage. Japanese beetle control is crucial because once a tree is defoliated, it becomes weaker and susceptible to drought, disease, and additional insect attacks. Specific treatments can be done to control and eliminate Japanese Beetles from damaging trees. Each case varies on the tree involved and the extent of the damage. 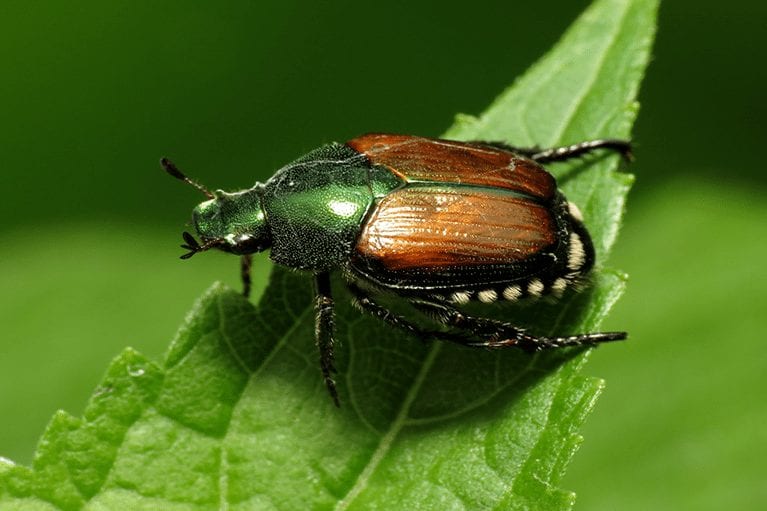 The Asian Gypsy Moth is an invasive insect that eats leaves from almost all types of trees and shrubs throughout North America. Their caterpillar stage in high populations can eat the leaves off of the trees within an entire neighborhood! When significant defoliation takes place, trees are destined to undergo additional insect attacks and diseases. While control tactics vary depending on the tree type, the caterpillar stage is the most ideal time to eliminate the problem. Let a member of our arborist team evaluate the issues the Asian Gypsy Moths have brought to your property, and save your trees today. 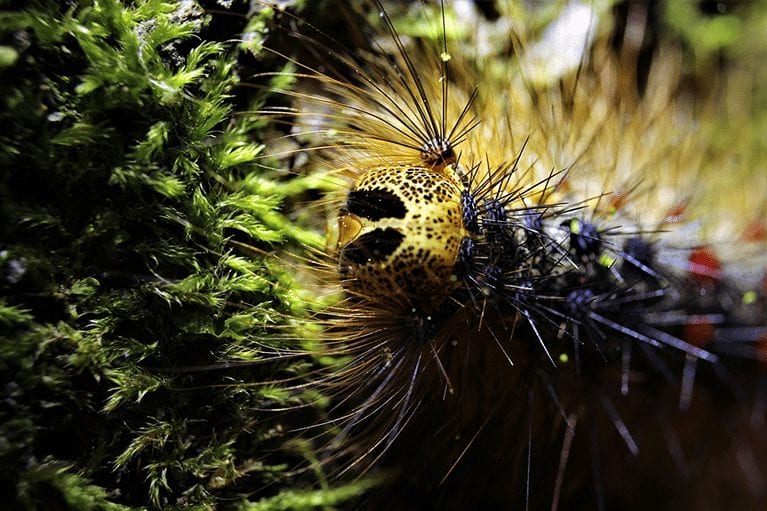 While the Emerald Ash Borer, Japanese Beetle, and Asian Gypsy Moth are some of the most common insects that cause damage to trees, they’re certainly not the only. Our team of certified arborists can identify the warning signs that each tree pest leaves behind, determine the extent of damage, and implement the recommended treatments needed to save and protect your trees.

Browse our insect control services, additional insect tree pests, or contact us directly today to get started with the insect elimination process!