Home / Resources / Our Newsletters / Winter / What Is This Sticky Mess Under My Magnolia?!

What Is This Sticky Mess Under My Magnolia?! 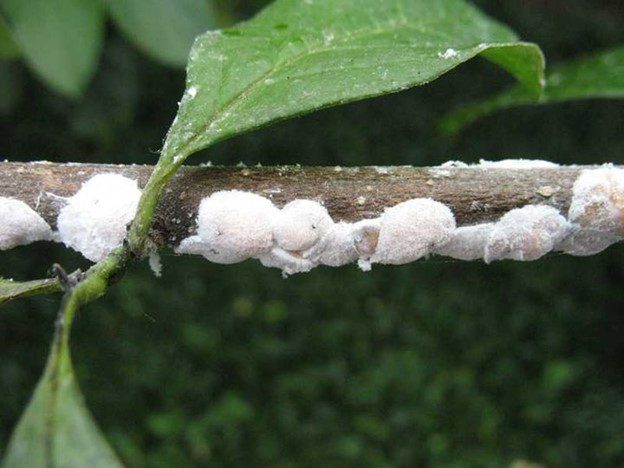 Magnolia scale on a twig

Hang in there, spring will be here in a few short weeks! The snow will recede, the landscape will turn green, and flowers will begin to bloom. Some of the first flowers that greet us each spring are from magnolias. There aren’t many things as majestic in spring than seeing a mature magnolia in full bloom.

Magnolias spend lot of energy creating their magnificent flower display. If you find your magnolia is lacking in blooms compared to previous years, it could be under stress. One major stress is a pest called Magnolia Scale, which has had high populations the last couple years. Magnolia Scale is an insect that will appear as bumps along the branches and twigs. They spend much of the summer under a protective shell while sucking nutrients from the tree. While feeding, they secrete a sticky, glossy substance called “honeydew”. This honeydew can be a sticky mess, and will often attract ants, wasps, and hornets. Later into the summer, the honeydew will often turn black, which is called “sooty mold”.

Even though magnolia scale is dormant in winter, it’s actually a great time to inspect for them. Without leaves on the tree, old scale shells or remnants of sooty mold can be easily spotted. Look for peach or white-colored bumps on the undersides of twigs. These bumps are ¼” to ½” in length. Another clue can be areas in the tree where the bark has turned black. These areas could reveal where honeydew had previously fallen.

If your tree has magnolia scale, there are multiple treatment options available. Since magnolia scale lives mostly under a protective shell, they are only vulnerable at certain times of year:

Magnolia scale can be quite stubborn, and they reproduce exponentially. So, it often takes a combination of these treatments over a few seasons to get effective control. If you do find magnolia scale on your tree, it’s important to address it. As scale populations increase, they become a significant drain on the tree and can lead to death of the magnolia.

If you would like an inspection of your magnolia, please don’t hesitate to give us a call. Our staff of Certified Arborists is happy to help keep your magnolia healthy and beautiful!